Availability: Exclusively on Vinyl from Deco Audio from April 2018

Buy it now: Purchase on ebay

Mercury Music Award nominated Sweet Billy Pilgrim have recently gone from being a noisy six-piece band to just being Tim and Jana; something that initially felt frightening, but that soon became an opportunity to focus more simply on two voices and the words that they sing. Their new album is called Wapentak. Historically, the word has become synonymous with a kind of local assembly, but initially this Norse-derived noun described a Saxon lord looking for an army. He would travel his ‘hundred’ and recruit via the wapentak (‘weapon-take’) by touching raised spear-heads with those prepared to fight with him.

Tim explains: "As humans, I think we instinctively look for common ground when we interact, and - most of the time - if we invest a little time and effort in our fellow humans, we find it. Hopefully, we don’t have to ride around with a spear now to find like-minds; It might be a book we’ve read, a film we’ve seen, a band we love, a shared task or trauma, similar dress sense or just a love of cake. I once spent a fascinating evening talking to someone whose obsessions were motorbikes and tropical fish. Objectively, I have no interest in either of those things, but in his passion and curiosity was a familiar pattern that I recognised, and this became the bridge that carried me over our differences towards a feeling best described as comfort.

I look outwards now, and I see people intent on bringing those differences into stark focus and blurring the background; making the world around us shapeless and indistinct so that what might separate us, denied any context, is all we can see. People who want to build walls, both real and metaphorical. People who ignore intentions and look for fault. People who feel small, but feel better when they make someone else feel smaller. People who put some outdated, tribal notion of sovereignty above kindness. People who are afraid, but call it something - and blame it on someone - else. People who forget that we’re all immigrants and a thousand years from now - if we’re still around - we’ll all be the same colour, living in a world where putting up borders would make as much sense as Noah building a swimming pool instead of an ark as the heavens opened."

Wapentak is about what we share, and about what we miss when we build walls and forget what it is to be kind. It’s the sound of band dialling down the complexity and noise a little and returning to a simple idea: that singing songs together can make everything beautiful, even just for a moment; and that through telling stories we can find each other again. 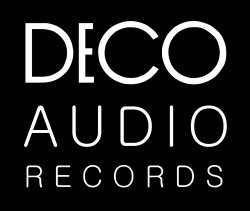