Back to Integrated Amplifiers below £999

Back to Integrated Amplifiers below £4,999 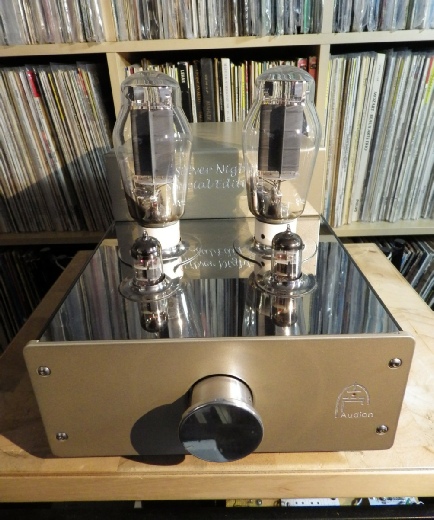 Feature wise it remains the same, with 5 line level inputs and the option of a remote control volume possible (please note the picture shown here is of the power amplifier version, detailed here).

Naturally what really concerns us is the sound, and thanks to all the internal hook up wire being pure Silver, some upgraded parts and a pair of even more serious output transformers, the improvements over the already stunning Anniversary are very worthwhile. There is a good percentage more of everything - greater potency, resolution, refinement and dynamics - not one area stands apart, it is very clearly just a big brother to the Anniversary. 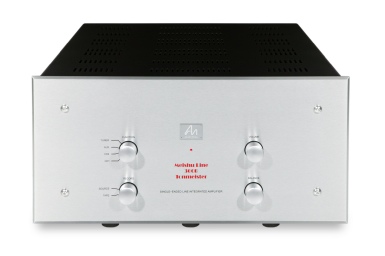 The Tonmeister is the latest generation of the classic Meishu design, and whilst looks little different on the outside, inside are some massive upgrades to the circuit design.

It introduces transformer, rather than capacitor, interstage coupling further down the Audio Note range than ever before. The benefits of transformer coupling when done well are quite remarkable, bringing about a directness to the sound that no capacitor, no matter how good it seems, is able to convey in the role of driving the output valve. The downside is the cost, they’re much more costly to implement. What Audio Note have done here is to redesign the power supply, reducing a power transformer and stage from it, simplifying it f you like, and therefore making the Tonmeister less of a price jump over its predecessor than you might otherwise expect.

The rest of the recipe is much as before, in its very substantial casework nestles a pair of 300B directly heated triode output valves use in single ended configuration and producing 8 watts per channel. A 12AU7 and 5687 are used as the input and driver stages, with a 5U4G rectifier in the choke smoothed power supply. 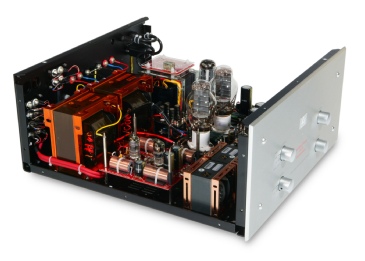 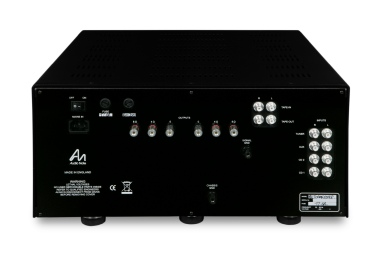 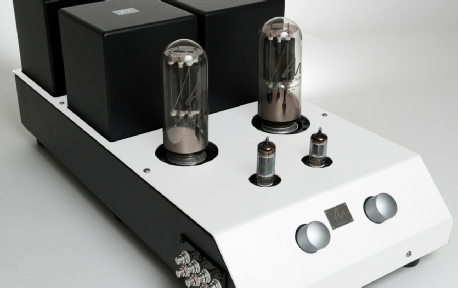 The Jinro is a line level integrated amplifier using the venerable 211 output valve used in single ended configuration producing approximately 18 watts. The design is exceptionally simple, using a C-core interstage transformer between the 5687 input valve and the 211 output valve which has the benefit that it gets rid of a coupling capacitor (invariably a good thing) and provides enough drive for the massive output valve, which is connected to the speaker by another C core transformer. The power supply is very well specified, with twin 5R4WGB rectifiers and a double C-core mains transformer. It is available either in silver (like the Tomei pictured below) or black and even paint finishes like the white in the picture above. 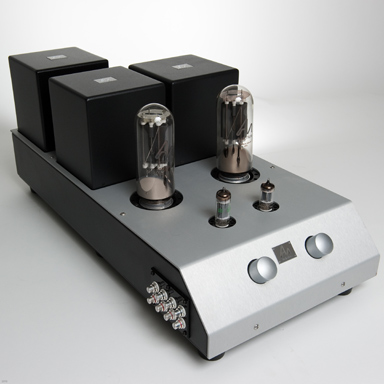 The Tomei is the intermediary step between the Jinro and Ongaku, it features the same fundamental layout but instead uses 6463 valves for the input stage, an interstage transformer with a copper and silver wiring mix on high quality C-cores with the parts list including tantalum resistors with Black Gate and Cerafine caps used in critical locations. 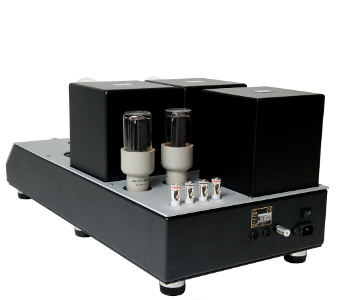 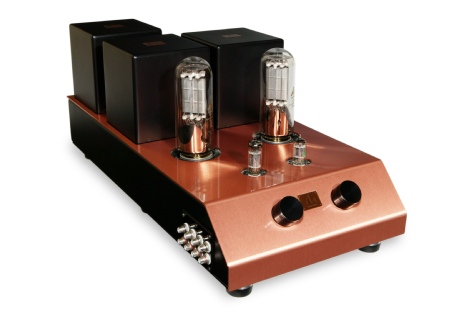 The Audio Note Ongaku amplifier started life in the late Eighties, it soon became legendary and was undoubtedly largely responsible for the resurgence of interest in the ‘arcane’ use of single ended output stages, both thanks to its exceptional sound and a price tag that redefined the upper levels of hi end audio.

The Ongaku has evolved substantially since these times and now uses transformer coupling between input and output stages (instead of capacitor coupling used in the original). As befits its range topping status the transformers are completely silver wound and responsible for a large percentage of the cost increase over the Tomei featured above. As you’d expect the rest of the components are similarly uncompromising, with larger Tantalum resistors and Black Gate capacitors used throughout. The chassis is available with either brushed copper, piano black or aluminium top plates. 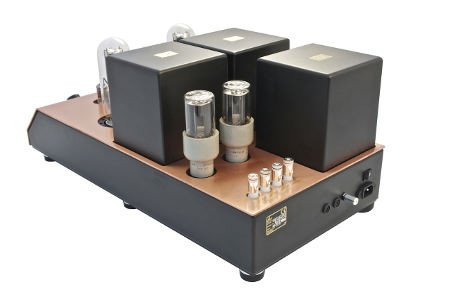