Many high quality amplifiers do not feature headphone sockets, and those that do are often something of an after thought, fine for occasional use with basic headphones but ultimately rather limiting for the more serious listener. For this reason we offer a range of headphone amplifiers.

All the following headphone amplifiers have their own volume controls, so can be connected directly to a source such as a CD player, or can be connected to the tape output on integrated/pre amplifiers. All of the units here (with the exception of the Earmax) have loop outputs which mean that when connected into a tape loop they will still allow a tape/CD recorder etc to be connected as before. 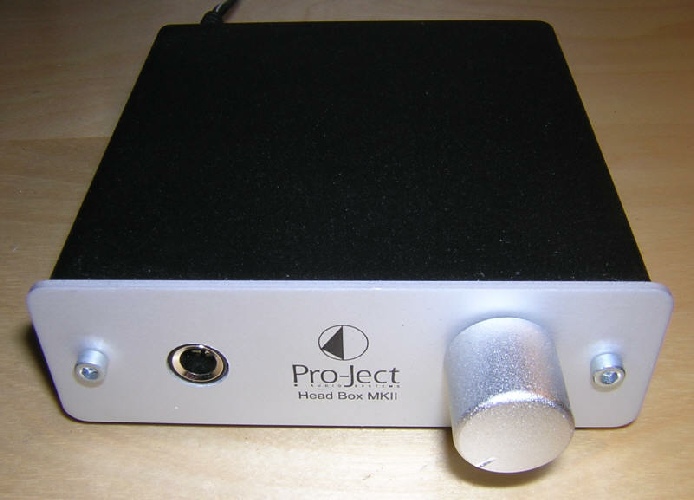 The Project is the perfect starting point for good quality headphone amplifiers, its one of the smallest designs available at just 10cm wide and deep, and comes with an external plug type power supply.

It offers a worthwhile improvement in performance compared to the sockets fitted to most amplifiers and CD players, and offers good resolution of detail, allowing the subtleties to be heard clearly even when recordings get complex. It has a slightly recessed mid band compared to some of the designs listed here, but in many ways this makes it even more suitable for the sort of headphones that’s its likely to be partnered (i.e. those of a similar price to the unit) which tend to be rather more mid forward in their presentation anyway. 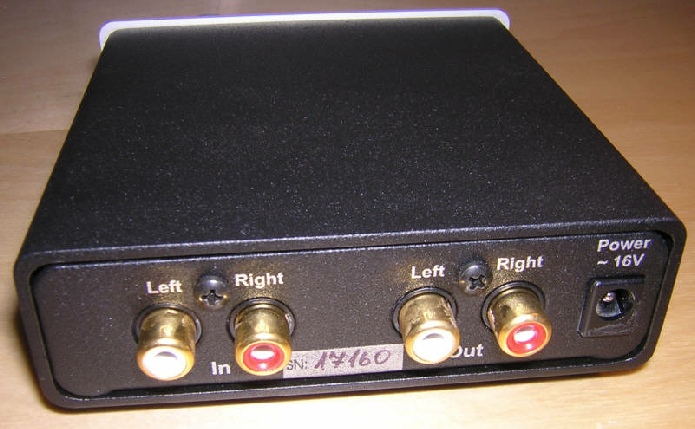 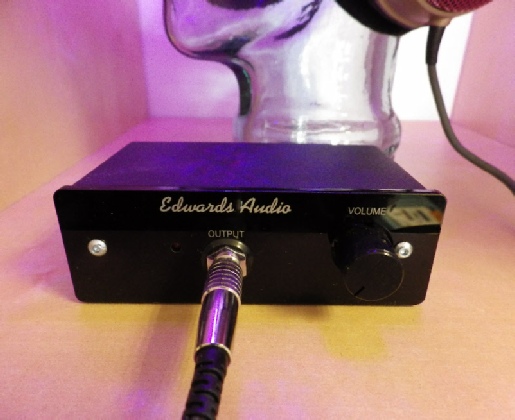 The Apprentice headphone amplifier is a new budget design from Edwards Audio. It’s a fairly minimalist design with a class A driver stage running into an op amp output stage and features high quality parts within the circuit. A wall wart power supply is included which helps keep noise down and the size of the box small. This is a fantastic sounding headphone amplifier at a very reasonable price and is highly recommended. 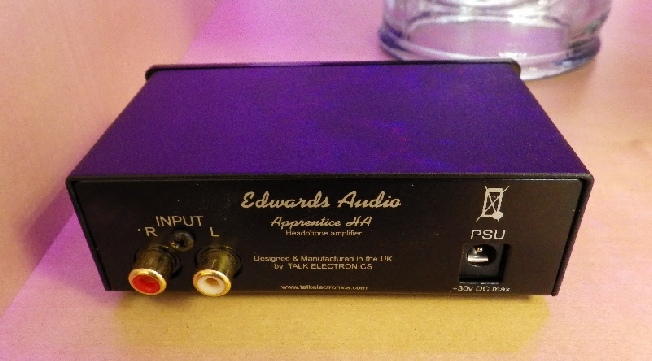 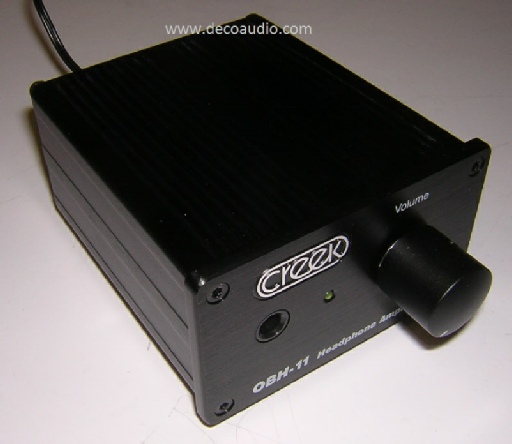 The OBH-11 is a compact headphone amplifier designed to drive headphones with impedances between 30Ohms to 300 Ohms. It features a wall wart power supply and a loop output, enabling it to be used in a tape loop if required. 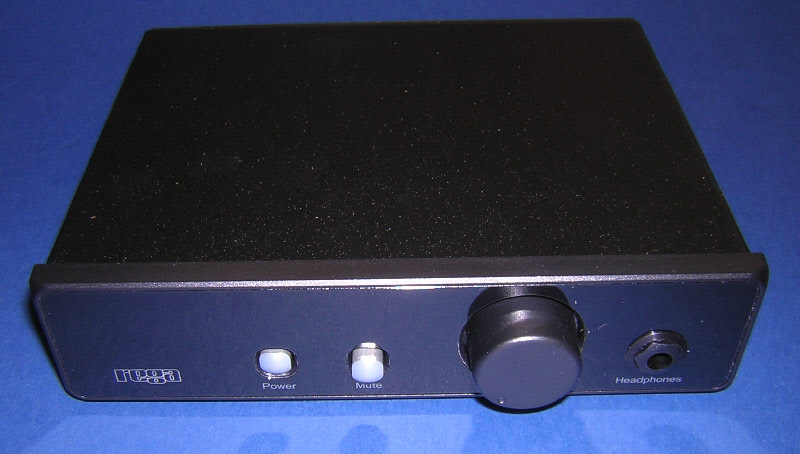 The Ear is an all new design launched in August 2012, and whilst it shares its name with its predecessor not only is the casework revised but so are the internals. The design is apparently inspired by Rega’s Brio-R amplifier circuit and it’s made using surface mount technology for ultra short signal paths, and at normal listening levels the output stage runs in pure class A. 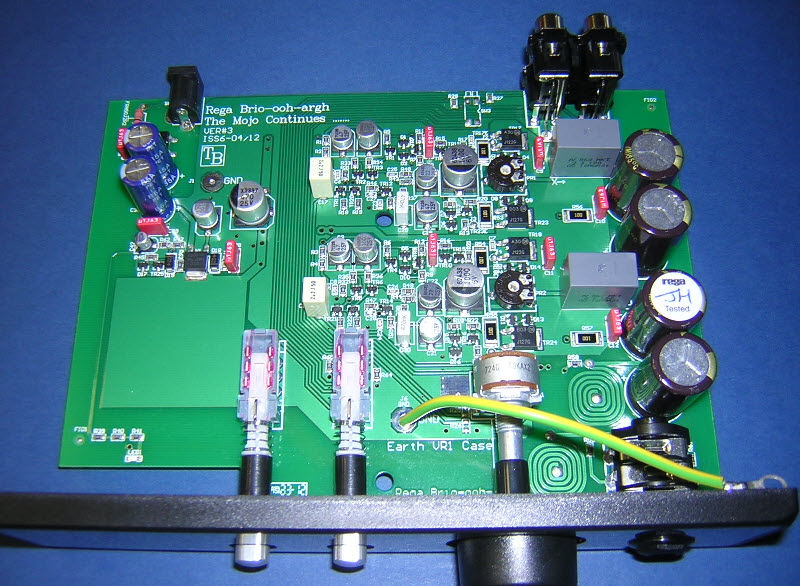 The case is made from extruded aluminium box and measures just 18cm wide and 14cm deep. A small plug type power supply is also supplied to help keep noise away from the sensitive audio circuitry. Feature wise it also offers a mute button which cuts the signal to the loop outputs on the back, so if its used between pre and power amplifiers (for example) you can silence your speakers without having to turn the power amplifier off.

This latest version offers a substantial performance jump over its (already very good) predecessor, the clarity and reduction in grain are the most obvious benefits, but it’s also substantially more dynamic and well defined at low frequencies too. 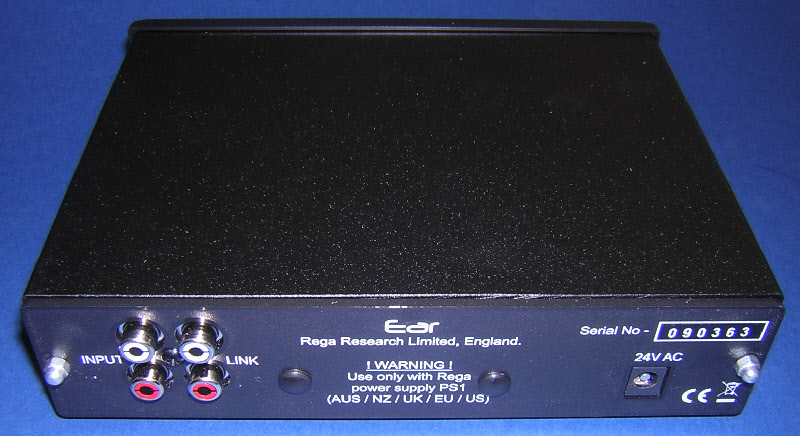 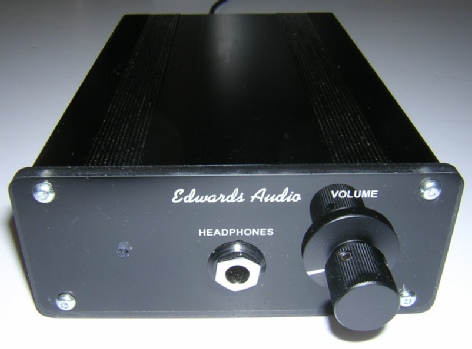 The HA1 is Edwards Audio first headphone amplifier, and having just heard a pre production version I can state with confidence that this is something really very special. Built around a completely discrete circuit (rather than chip based) and designed like a very high quality small power amplifier, it is capable of producing ample output for almost any headphones (it’s rated at 2 watts!), and with a very low output impedance (so suitable for both low and high impedance headphones).

It has a line level input, a line out (so it can be put in line with a source component if required) and a 3.5mm input for MP3/iPod use, selected via a rear mounted switch. The HA1 can be upgraded with the PSU1 power supply for even greater performance.

Its sound quality is very special, many competing headphone amplifiers sound rather anaemic and lacklustre, lacking drive and scale, but not the HA1 which is potent sounding without losing any subtlety. The resolution and midband realism is beyond anything I’ve heard at the price, and tonal colouring is rich and voluptuous.

Adding the PSU1 power supply brings gain to the weight and precision of the bass, as well as improving dynamics and fine detailing, so ultimately it’s a very worthwhile upgrade. 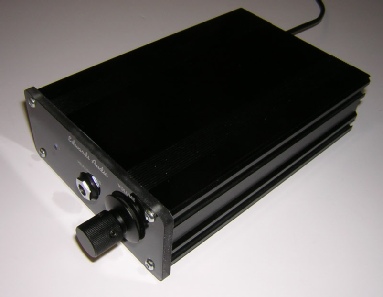 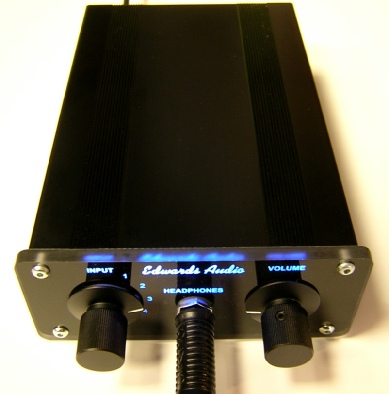 Coming very soon is the second Edwards Audio headphone stage. The HA2 is derived from the HA1 (featured above) and adds an active driver stage in place of the passive stage and includes a full four line level input preamplifier (one of which is 3.5mm for MP3/iPod use). Price is expected to be in the region of £400 and will be upgradeable with external power supplies. 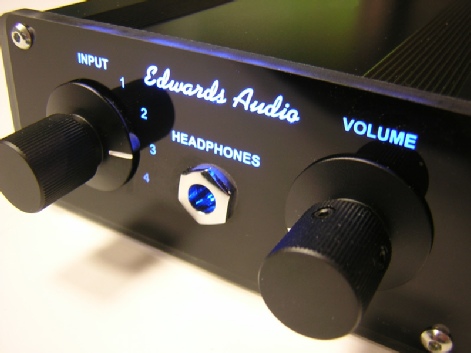