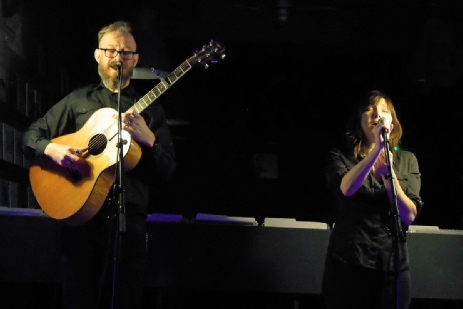 We wanted to launch our own record label with a bang, and what better way than a cosy live performance from the artists who are the first to feature on it.

We were delighted that Tim and Jana from the Mercury nominated Sweet Billy Pilgrim were able to spend an evening serenading us with a selection of tracks from the new album Wapentak as well as many others spanning their illustrious five album career. 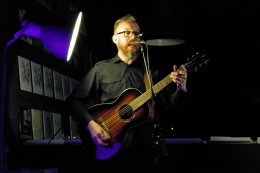 A big thank you to Tim and Jana of Sweet Billy Pilgrim for taking the time out to do this event and to everyone that was able to attend and for making it such a huge success. Also thanks must go to Andy for taking the wonderful pictures shown above.

Above: this was what it was all about, a row of the first pressings of Wapentak on vinyl. 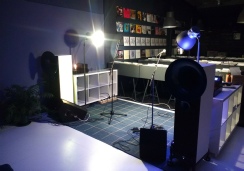 The ‘PA’ system was partially silver wired, using the Audion Black Shadow mono block valve amplifiers into the Avantgarde Uno XD which proved incredibly accomplished. No compression or gating was used, what was heard was all natural (bar a little added reverb). 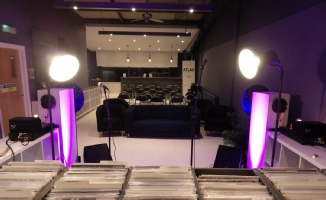 Above: From behind the ‘stage’ looking towards the audience area - somewhere in the region of 50 people attended. 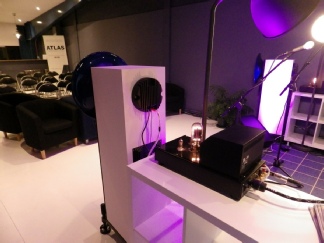 Above: A 25watt single ended valve amplifier may not be normal power amplification for a live performance, but the Avantgarde speakers still filled the space with ease and at no point was it wanting for more volume (and it acted as a rather convincing nightclub after hours too!). 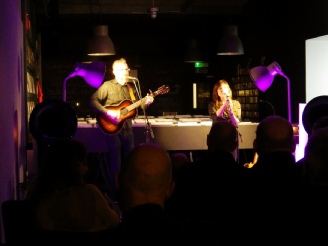 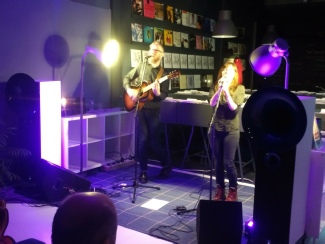