The Rega DAC-R features a 24-bit 32 to 192K digital to analogue converter and in many ways is an enhanced version of the digital stages of the Saturn CD player, with elements taken from their range topping Isis CD player.

As you’d expect of Rega it has a sophisticated power supply with separate feeds for the various stages to ensure noise is minimised (even to the extent that digital and analogue circuits are supplied by different transformer windings. There are also 3 user selectable digital filters. 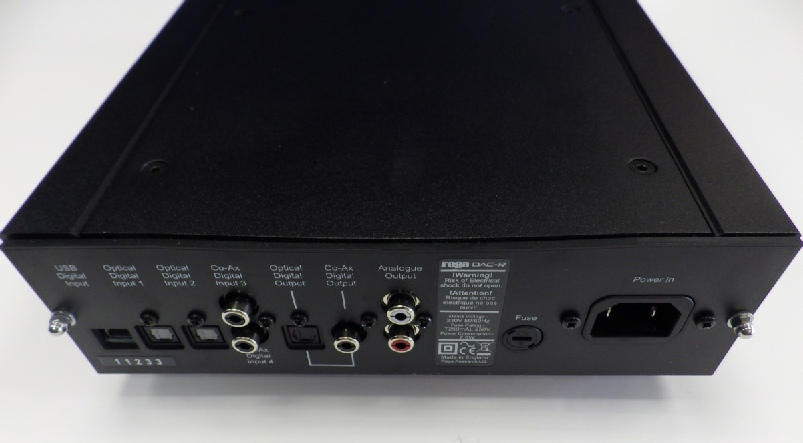 Connections include two coaxial inputs, two toslink optical inputs and an asynchronous 44.1kHz to 192kHz 24bit USB input for use with computers (using a PLL based clock for low jitter signal recovery) which is isolated to prevent coupling of noise from the switch mode power supplies used in computers. Two Wolfson WM8742 DACs are used with a class A biased discrete output stage. 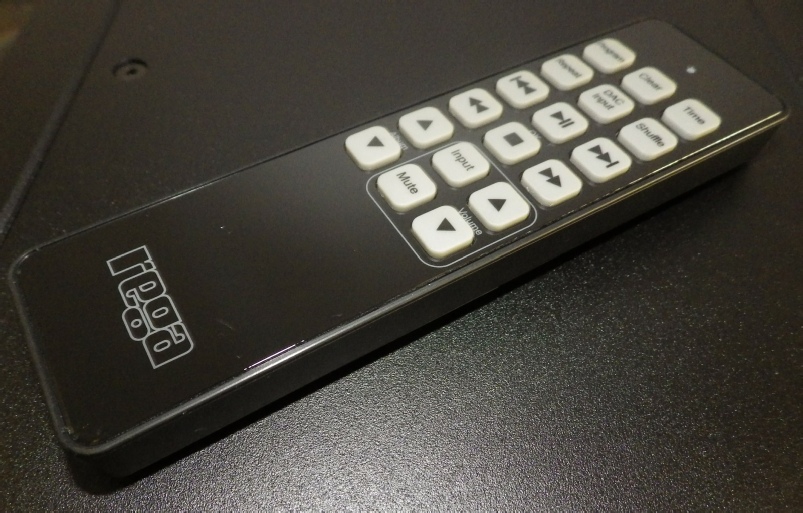 The supplied remote control, pictured above, provides remote input switching, switching of the digital filters is possible remotely if the optional  (£85) Solaris remote control is used. 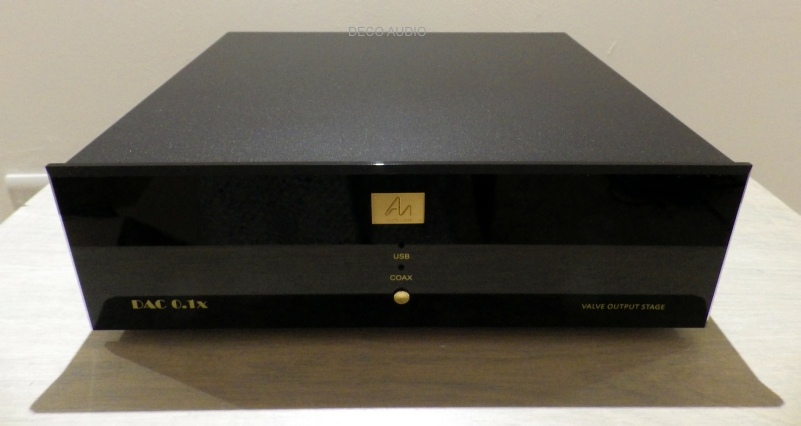 The DAC 0.1x is the new entry level DAC from Audio Note, as you’d expect from audio Note there’s no digital filtering and no oversampling used with its TDA 1543 DAC chip. The output stage uses a sub miniature 6111WA triode valve, with high quality parts including beyschlag resistors and tin foil paper in oil capacitors. It even has a USB input (as well as the standard coaxial phono input) for use with computers. It is available with either a silver aluminium or a black acrylic fascia, or an all white chassis and is just 30cm wide.

As you’d expect from Audio Note this is a hugely entertaining convertor, brimming with energy and involvement yet not lacking resolution, making it a tremendous addition to many systems - if you’re not already converted to the benefits of the Audio Note 1x oversampling designs you really must hear how this can transform your system - we’re confident it will be far more musical than almost any ‘conventional’ upsampling or multi oversampling digital front end, almost regardless of cost. 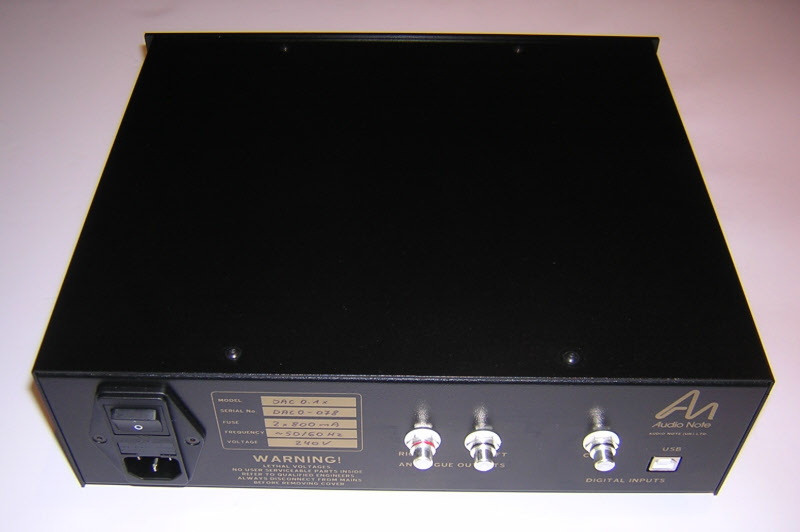 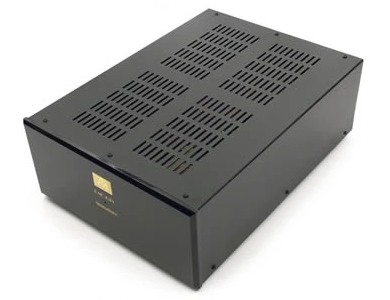 The DAC1.1X/II is the most affordable DAC in the Audio Note range to use the AD1865 convertor chip. An ECC88 valve output stage is used. The Signature version brings with it upgraded components including Tantalum resistors in selected locations. 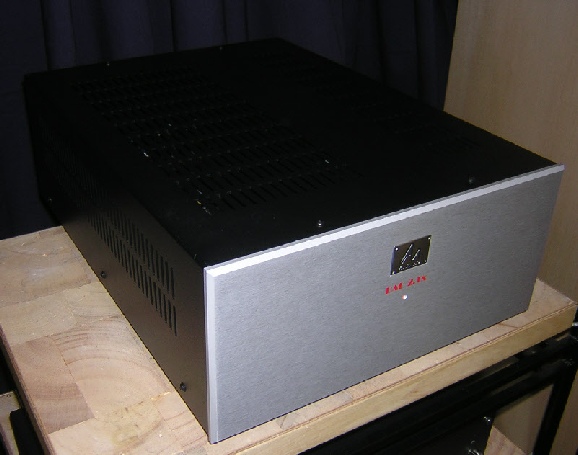 The DAC 2.1x is an excellent DAC that uses the classic AD1865 DAC chip. It has both balanced (XLR AES/EBU) and Coaxial (SP/DIF) inputs and is compatible with up to 24 bit, 96kHz formats. The design is filterless and does not use oversampling as you’d expect from Audio Note, it also has their trademark IV transformers coupling the DAC to the analogue output stage which is based around the 6DJ8 (6922) dual triodes in an anode follower circuit and coupled with aluminium paper in oil capacitors. It is housed in the ‘middle’ sized AN case, which measures a substantial 43cm deep, 30cm wide and 14cm high, and is available with either a silver brushed aluminium or gloss black acrylic fascia. 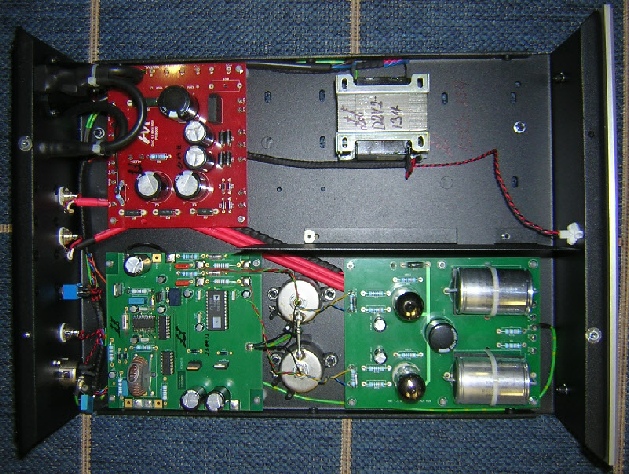 The sound is exactly what you’d expect of an Audio Note DAC, please see the write up of the 0.1x above to get an idea of the basic presentation (which fundamentally remains the same throughout their range of DACs). The 2.1 expands upon that model by increasing the weight and scale of the sound. Both refinement and resolution increase and the tonality is more voluptuous too. 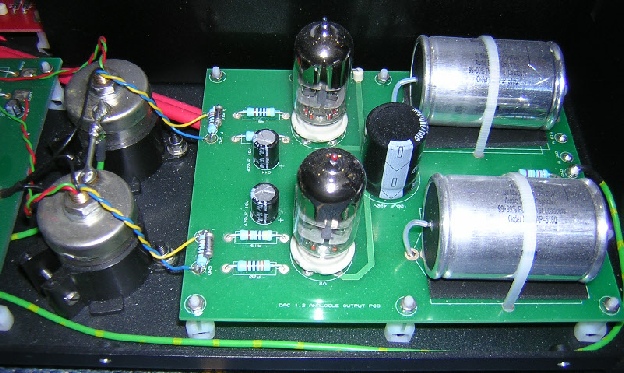 Above: The metal cans on the left are the IV transformers which are feeding into the green analogue output stage board. 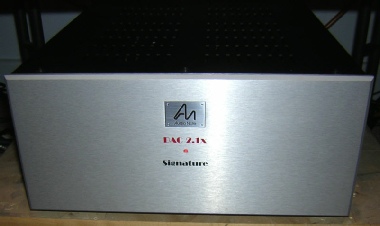 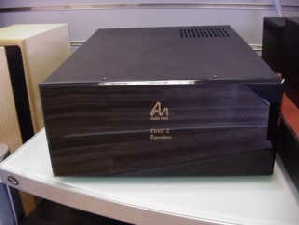 The Dac 2.1x Signature is, as the name suggests, the Signature version of the model featured above. To this end it features even higher quality parts (including Tantalum resistors and copper foil PIO capacitors) as well as a valve rectified and choke smoothed power supply. Sonically it sounds even more natural, with seemingly no grain along with greater resolution and musicality.

It is available with either a silver or black acrylic fascia as shown above. 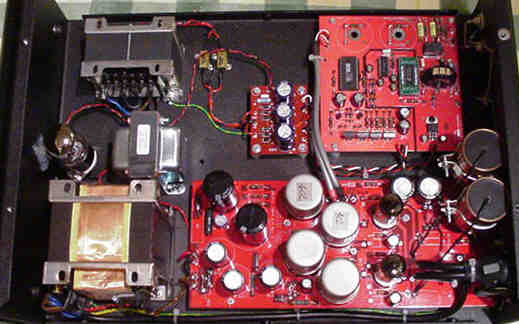 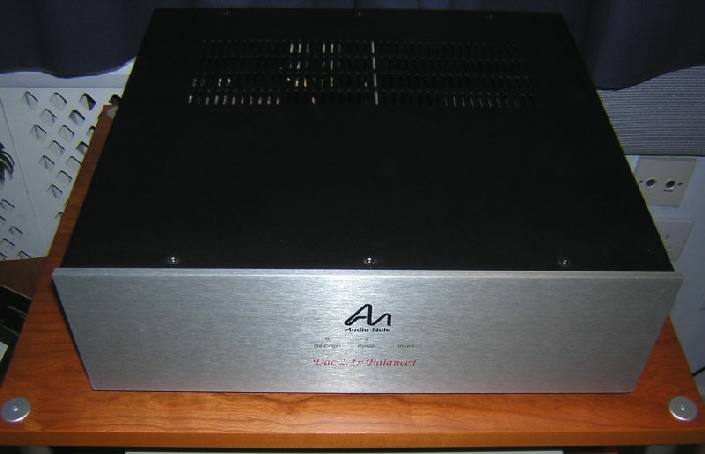 The DAC2.1x Balanced comes in a full sized case and is quite a step beyond the Signature version shown above. The cost is also a fair hike but the changes are very significant. It keeps the 2.1 Signature architecture or choke smoothed valve rectified power supply but features a special output stage. An ECC82 triode output stage is used, and instead of output capacitors it features much more costly transformer coupling. As the product name suggests, this then provides balanced XLR outputs as well as conventional single ended phono sockets.

The removal of the output capacitors provides a more expressive dynamic presentation over the lower models which goes to show the inherent colourations of even the best capacitors in this application. There is remarkable increase in solidity to the sound, with another layer of hash removed to give a real feeling of being one more step closer to the musicians.

It is available with either a silver aluminium fascia (above) or black acrylic fascia (below). 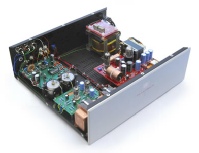 The 3.1x Balanced is like the 2.1x Balanced above, but features C-core copper wired output transformers instead of the simpler I-E Cores. Amongst other changes it also includes superior I/V interface transformers. Available with either Silver or black acrylic fascia. 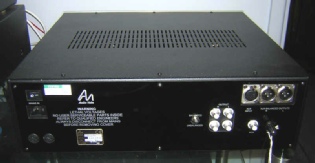 The DAC 4.1 takes resolution to an even further level thanks to its use of a silver wired I/V transformer, ‘C’ core output transformers, separate mains transformers for digital and analogue stages with AN tantalum resistors and Black Gate capacitors used throughout. Simply awesome. 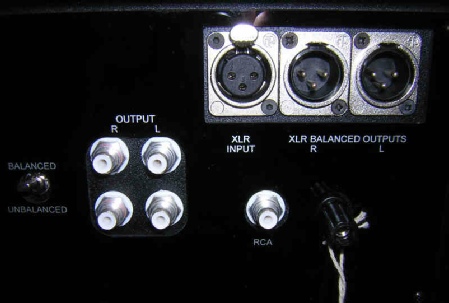 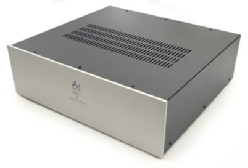 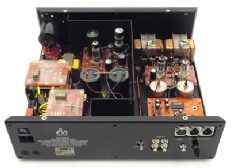 The DAC 5 Special is close to the ultimate evolution of the AN digital philosophy. It has massive dual mono power supplies and 6463 triode output stage, with substantial ‘C’ cored output transformers. 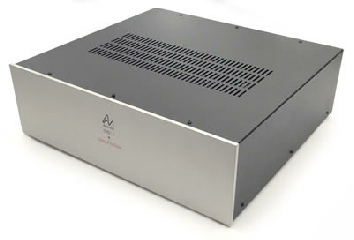 This builds upon the DAC 5 Special detailed above and is silver wired throughout, including the upgraded output transformers. 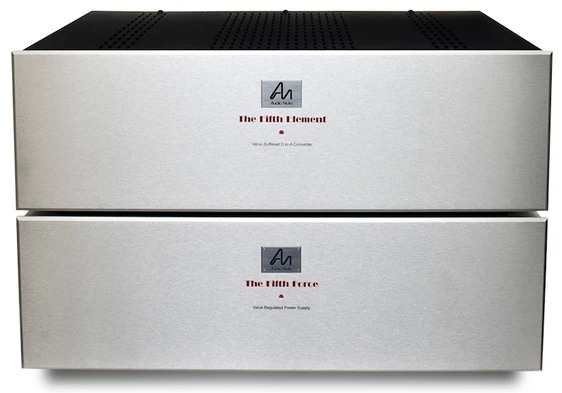 DACs don’t get much more special than the DAC5 ‘Fifth Element’ and ‘Fifth Force’. This two box convertor is the current ultimate specification convertor in the Audio Note range. Unusually for a two box item, two power cables are required, keeping the analogue and digital power supplies completely separate.

As you’d expect, the specification screams ‘no compromise’, with the majority of the contents being sophisticated power supplies. Naturally there’s silver wire used throughout and even a valve buffered digital input (with an EF800 RF Pentode valve). The  DAC chip is the classic AD1865 multi bit convertor. The picture below shows the very final stages of circuitry, the two cylindrical cans on the left (clamped with massive copper bracing) containing the IV transformers which feed the two triode output stage, with silver capacitor coupling between them and the final silver output transformers. 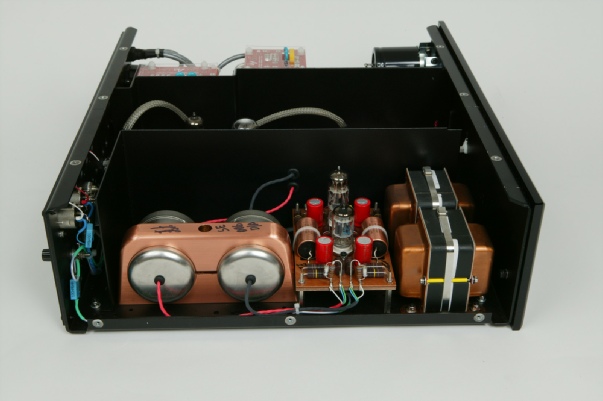 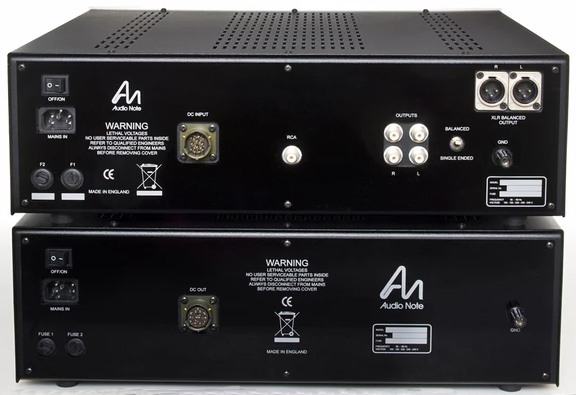