I always look forward to visiting manufacturers, and few more so than Audio Note. Not only is their rate of development such that there’s always something exciting to see, but the MD Peter Qvortrup’s boundless enthusiasm for a huge range of diverse subjects (naturally of course including music and hifi) and generous hospitality always makes it an enjoyable and enlightening experience.

Audio Note was founded in 1991 and is mainly based in and around Brighton, where most of the electronics, turntables and cartridges are manufactured. Being an international company the loudspeakers come from their factories in Denmark and Austria. In total around 30 people work for Audio Note. Unusually during this period of economic downturn Audio Note are still experiencing strong demand and full order books, during our visit we saw a wide range of products being worked on, their range is probably one of the most comprehensive of any specialist hifi manufacturer, not only spanning a huge range of quality/price levels but also everything you need to build a one make system to replay both CDs or LPs. 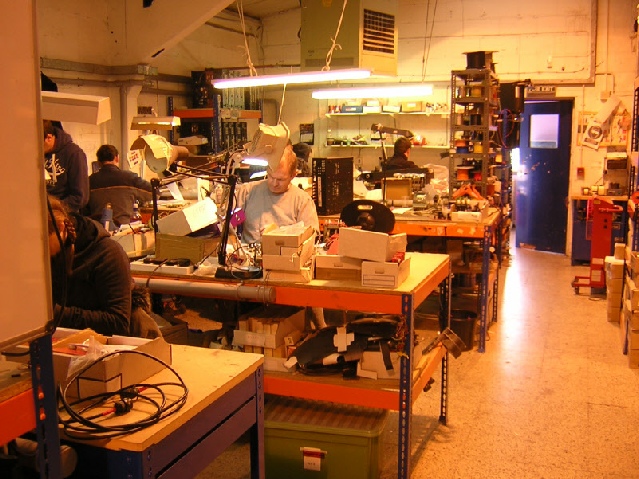 Above: the main production area tucked in one of the corners of the large factory unit is a hive of activity. 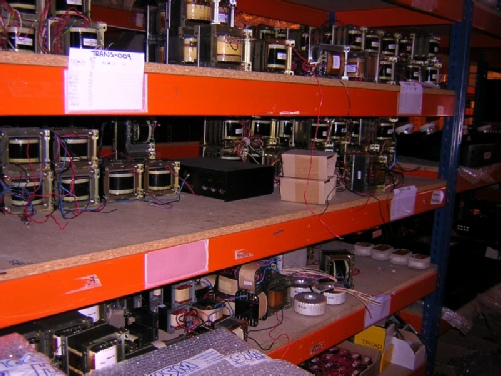 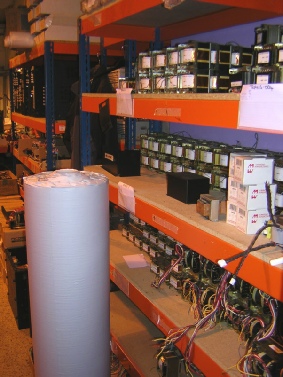 Above: As far as the eye could see, exotic parts are on shelves everywhere. Apparently due to recent high demand this was somewhat depleted compared to normal stock levels. All transformers are now wound by Audio Note, meaning that they have superb control over this vital aspect of their products. 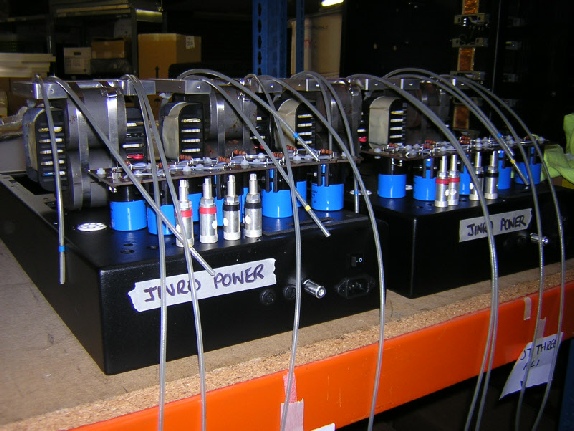 For someone who cannot resist the temptation to nose inside any piece of hifi equipment this place is completely fascinating, wherever you look there are products part way through production, like the Jinro amplifiers pictured above. 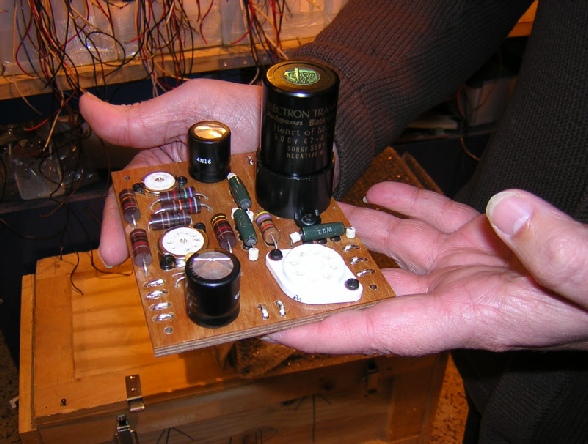 Something that would have been easy to miss, but is part of their continuous effort to make further performance steps forwards was something I found particularly exciting. A recent development is nestling in their top line equipment, it’s a wood composite used as the basis for their point to point wiring. Readers of this site may have realised how important I feel insulators actually are to performance, and my frustration that even materials that are supposed to be amongst the best from a technical standpoint subjectively do not sound as nice as natural materials. So you can imagine my delight to discover that AN have found an unusual material exactly suited for this role.

Modelled above by PQ this may look like a very dense piece of plywood, which indeed isn’t far from the case. However this material was originally developed by the Russian military for use on tanks as armour plating. What makes this material special for audio use is that it isn’t flammable, you couldn’t normally responsibly use wood near high voltages in a commercial product, but this is the perfect solution. Unfortunately this material is both eye wateringly expensive to purchase due to the extremely high pressures under which it is made, and is so tough that machining it is is especially difficult and time consuming. 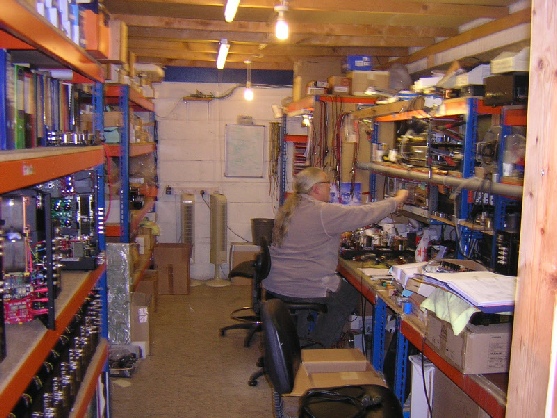 Above: Apologies for the blurry photo, all products go through final quality control where products are soak tested. 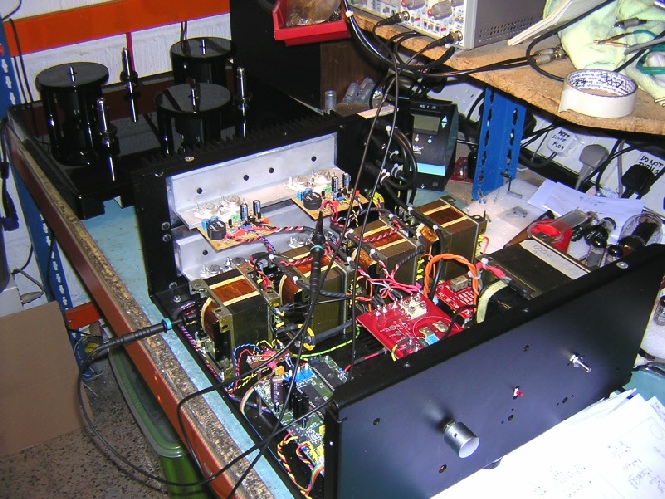 Rather excitingly we had one of the first glimpses of a new ‘baby’ TT3 prototype turntable undergoing testing. This is a slightly scaled down version to bridge the gap between the TT2 (of which there is an updated model on the way in 2011) and the range topping TT3. It uses 3 smaller motors laid out in the same way as the TT3 and with a single (rather than four box) power supply - yes the massive box in the photo above is just the power supply supply which itself would put most power amplifiers to shame and completely dwarfs the not insubstantial turntable chassis behind it! 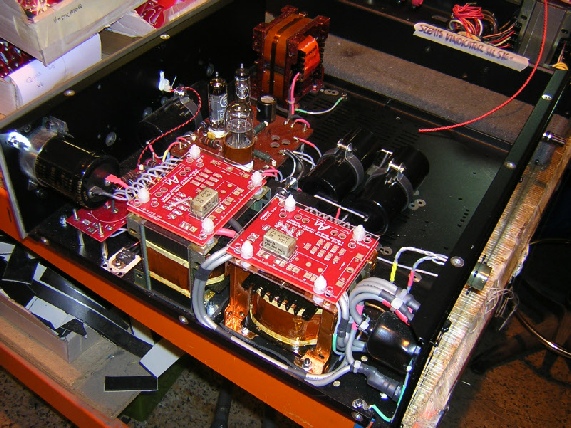 The Fifth Force is the power supply section for the new top of the range Fifth Element DAC that we’ll come to later on in this report, here it is on the bench undergoing final assembly and testing. The eagle eyed will notice that it is completely silver wired, even including the Sogon mains cabling used. 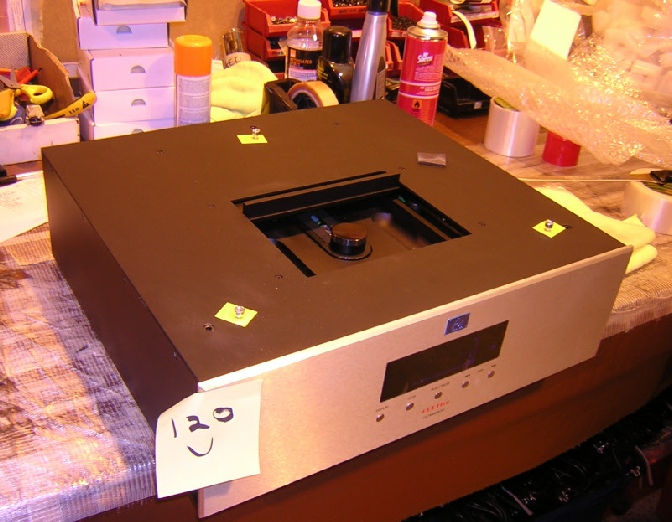 A CDT5 being readied for shipping out to the 2011 Vegas hifi show, this transport is quite revolutionary featuring valves in both power supply and its digital output. The mechanism itself is sprung in exactly the same way as the TT3 turntable and has a wonderful bounce familiar to any suspended turntable owner. The three yellow protectors on the top show where the transit locks for the three spring assemblies are. This transport weighs an not inconsiderable 25kg and according to Peter is as revolutionary sonically as it is technically. 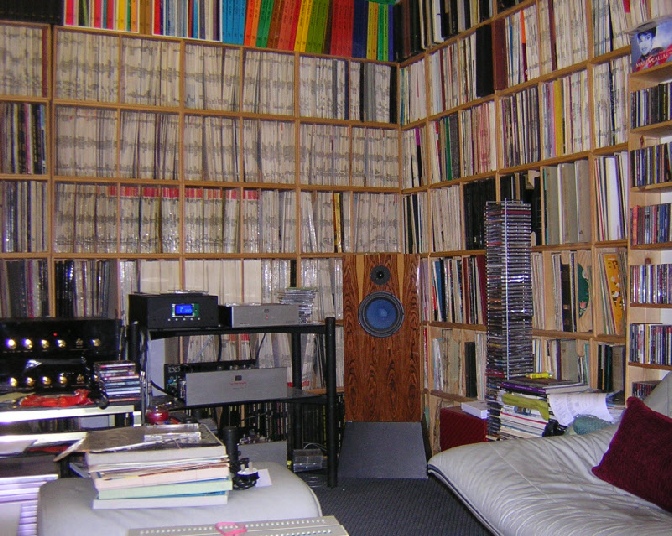 Next it was on to the listening room, situated a few miles from the factory which houses just a fraction of Peters 100,000+ LP collection. The system featured a newly developed speaker with external crossovers mounted in the stands, for those people who wanted most of the benefits of the larger external crossovers without taking up the same amount of floor space. The CD transport used was the original mule used to develop the CDT5’s valve digital output stage and it was through this system that we got to hear the ‘Fifth Element’ DAC. We felt extremely privileged to hear this new range topping two box DAC (below is a close up of the main box with its lid removed). The following day this £96,000 convertor was off on its way to be launched at the CES show and whilst the setup was hardly optimised due to the way this system sees regular changes, the performance certainly seemed very promising during our very brief audition. 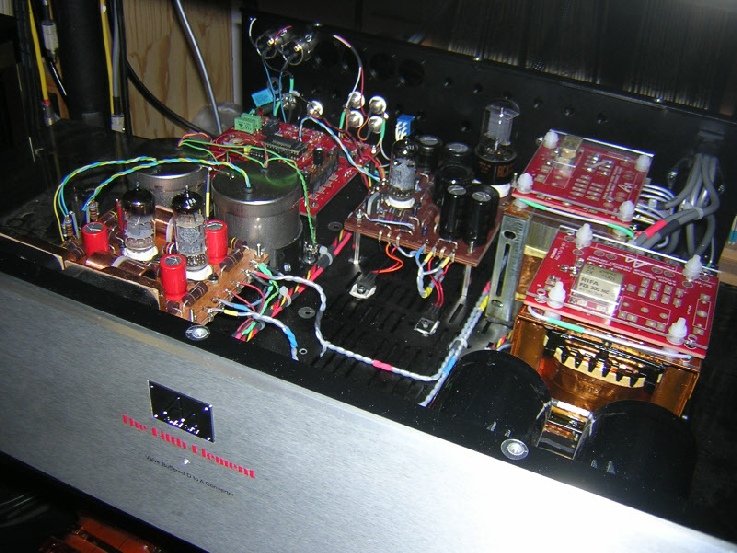 This was a very enjoyable way to finish off the day, especially before tackling the mayhem of the M25 during rush hour!

We came away feeling very impressed by the constant developments taking place there, and heard about many exciting products that they are working on at both extremes of their product range, many of which should see the light of day this year and onwards. As ever, Audio Note are a firm who are really on top of their game and undoubtedly produce some of the most musically satisfying systems available.