Back to Integrated amplifiers below £999 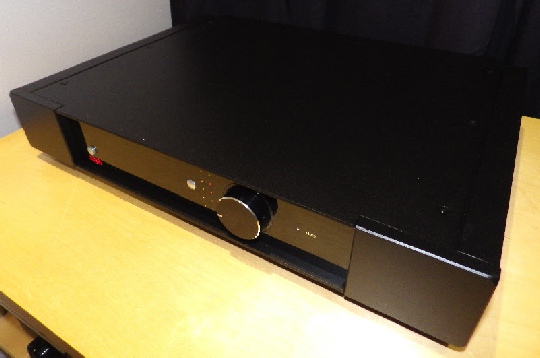 The Elex-R is an amplifier that falls between the ever popular Brio-R and the Elicit-R models, and as you’d probably expect it is closely related to both. For a start the basic circuit topology is common to the three models, and with the Elex-R you get a bigger transformer than the Brio-R combined with the full size case, power circuit and uprated phono stage of the Elicit-R. 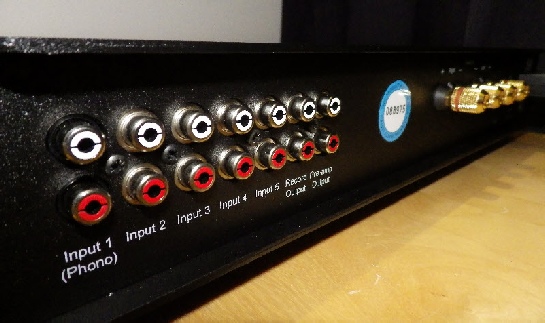 To gauge its sound I spent time going between the Brio-R, Elex-R and Elicit-R (via CD to avoid the differences in phono stages) and it was fascinating to hear a sound evolve throughout a range so closely tied by design. Comparatively speaking, if the Brio-R has an obvious character is that it’s a little muddled and grainy in the lower mid, although it’s something that really doesn’t get in the way musically and if anything adds an appealing warmth to the sound. The Elex-R banishes this, sounding much cleaner, more potent and in control, in a very similar fashion to the Elicit-R.

Whilst it’s true that the Elicit-R offers even greater refinement, resolution and detail, it’s also a touch cooler in tone and not as tolerant of lesser recordings. When you start to consider the price, the Elex-R really does make a very good case for being the sweet spot in the range, offering a really nice blend of the toe tapping involvement of the Brio-R with the more mature presentation of the Elicit-R. 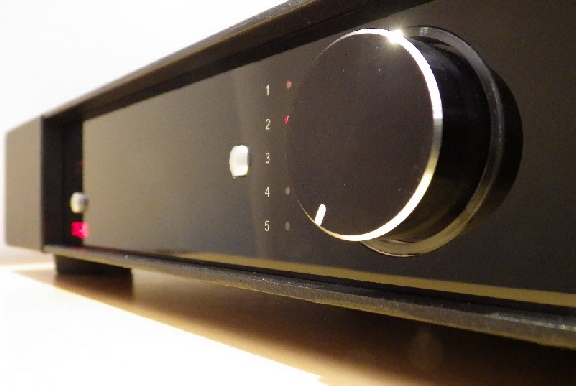 This is the top of the range Croft Integrated amplifier. As you would expect of Croft products at this level the power supply is complex and highly regulated which gives a forceful and potent presentation. Naturally this is built in the standard croft casework and due to the size of the power supply there is no space for an onboard phono stage, so this model is is live level only.

A version with a single volume control in place of the dual mono controls are also available, please click here for pictures

The Elicit mk5 is an all new model that by all accounts owes a lot of its design to the more expensive Aethos model. Inside it combines a new discrete FET pre amp stage with a high quality alps volume control, a chunky toroidal power transformer and selected audiophile parts. It’s a similarly powerful design to its predecessor (105 watts into 8 Ohms), so more than sufficient to drive all but the most demanding of speakers.

Froma features perspective the greatest change is the addition of two digital inputs (optical and coaxial) which adds some convenience for those that need it. A headphone socket is also now included. 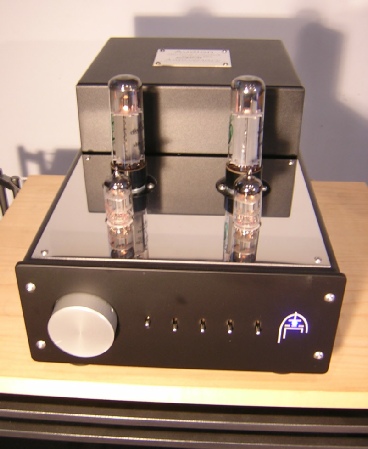 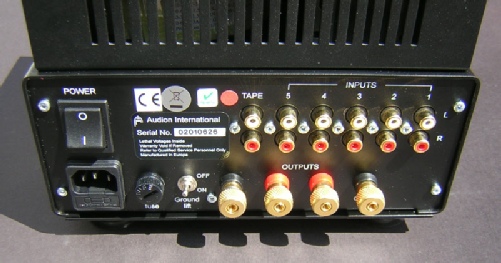 The Audion Sterling EL34 uses a single EL34 per channel in single ended topology, producing 12 watts per channel. Like all good single ended amplifiers these have remarkable speed and openness, and an ability to drive speakers that belies their low rated power output. This amplifier features 6 line level inputs

Two versions are available, the mk1 which has uses a PCB and the Anniversary (pictured above and below) which is hard wired and features superior components, output transformers and polished top plate.

Both models are exceptional at their respective price points, with speed, dynamics and musicality in spades. You really do need to hear what they can do to your system! 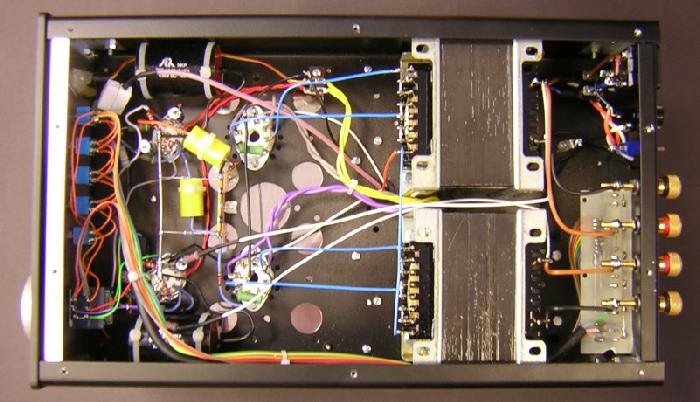 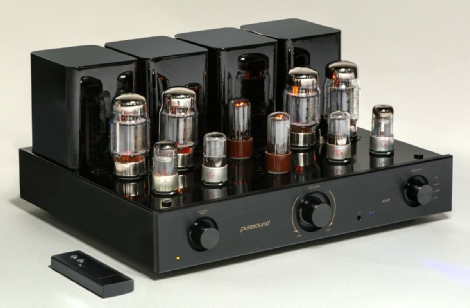 The original A30 was in successfully in production for 13 years, testament to a design that was ‘right’. The new ‘R’ version simply evolves the recipe. So the core design, with its triode 6N8P (a 6SN7 equivalent) and 6N9P (a 6SL7 equivalent) for input and phase splitting duties feeding 6550 output valves in class A push pull (switchable between Triode and Ultralinear remains unchanged. A new output transformer is used, with improved lamination material and revised winding techniques which results in wider bandwidth, output remains at 30 watts in Ultra linear setting. Two mains transformers replace the original single one, so now the filament supplies are run separately from the HT supply, this helps lower the running temperature. The two valve rectifiers (5Z3P/5U4G equivalents) and choke smoothing remains unchanged.

It features auto bias so there’s no need to make any adjustments when changing output valves and it uses high quality parts in the signal path.

A remote control of volume and muting adds some additional convenience, and the inclusion of an extra input (it has 4 line level inputs) makes it even more flexible. A valve cage is included, as pictured below. 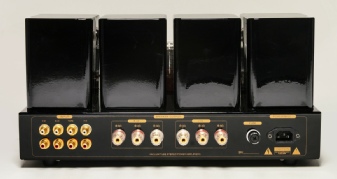 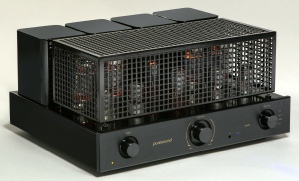 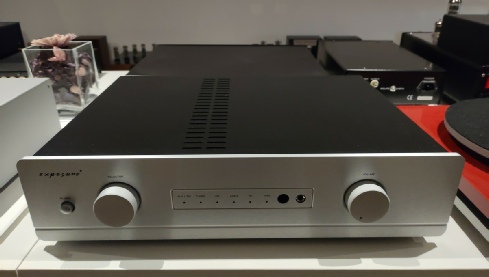 The 3510 is the successor to the very popular 3010S2D. Housed in the same size chassis ,it has a lot in common with its predecessor. The main improvements are in current delivery of the output stage, which is now much higher and seriously impressive for an amplifier at this price point (presumably thanks to an even larger mains transformer). This should bode well with driving difficult speaker loads.

Internal cards can be added for a phono stage or a DAC (but not both at the same time), please see the pricing options below.

The Aethos is a beautifully built integrated amplifier which fits in the range between the Elicit-R and the Osiris. The casework is the first thing that strikes you, with a near ‘milled from solid’ feel and clean aesthetic it certainly looks the part of an amplifier at this level. Internally elements of the Elex and Elicit are featured, with greater output, bigger power supplies and upgraded parts being the keys to the resulting sound.

It’s line level only, so vinyl users will need a separate phono stage, but it does feature a headphone socket and naturally comes with  a remote control.

The resulting sound is big and bold, more akin to a giant Elex in presentation than the Elicit and with the ability to grab difficult to drive speakers very effectively. 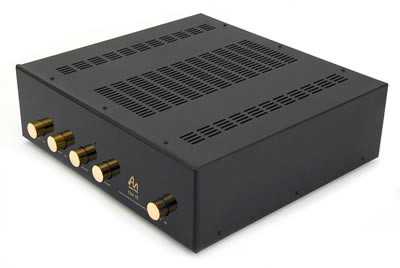 The Oto SE integrated amplifier uses EL84 valves in parallel single ended configuration, producing an output of 10 watts and is available with or without an internal an all valve MM phono stage. It’s all housed within the classic Audio Note casework which is available with either a black acrylic or brushed aluminium fascia. As you’d expect with a good single ended amplifier the sound is punchy and dynamic, whilst still being very natural and expansive. It may lack the completely grain less mid band of a 300B SE amplifier but it’s an exceptionally neat package and so involving to listen to that dissecting the minutiae of its performance seems to be missing the point. The phono stage is a very good quality design too, and not simply an afterthought like many. A fractionally more powerful push pull version is available, but we would always recommend this SE version for the best sound quality. 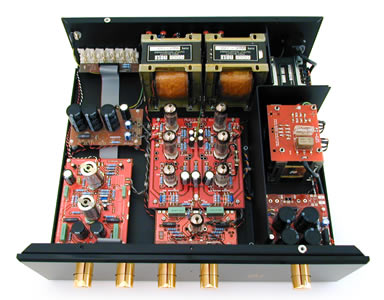 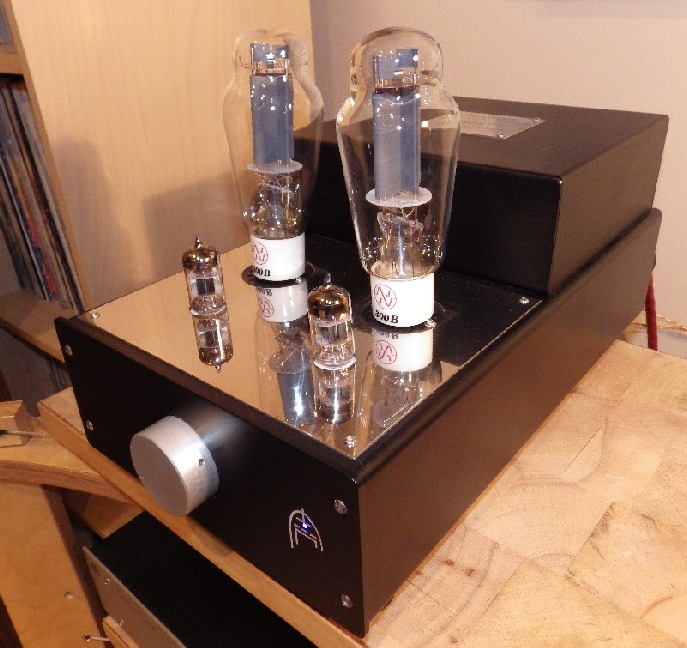 The Silver Night is one of our favourite sounding amplifiers - it offers so much performance at a very reasonable price. This line level design is a real purists delight, with no feedback and an output of 7 watts per channel it is ideally partnered with speakers of approximately 90dB sensitivity and upwards, although its much more potent than the power figure would suggest.

It uses one 300B directly heated triode output valve per channel driven by a 6H23/6922 input valve and has 6 line level inputs.

Don’t let its apparent low power put you off, it is not only exceptionally fast and potent sounding but also as open and airy as only a good single ended design can be.

The picture above is of the power amplifier version, the integrated option has a row of toggle switches to select between the 5 inputs.