The CD Box S3 is a new miniature CD player from Pro-Ject. It’s just 206mm wide and a paltry 55mm tall, so is about as compact as you could wish to make a CD player. Inside is a high quality slot loading mechanism and the DAC chip is the TI PCM PCM5102 and the power supply is housed inside a separate ‘wall wart’. There’s a cute 1.54 inch colour display and naturally a remote control too. 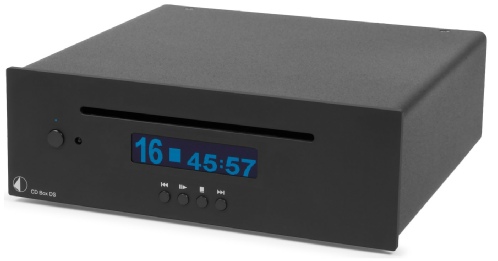 The Project CD Box DS is a very compact CD player. Featuring a high quality PCM1796 Burr Brown DAC, this diminutive players is excellent for those people who are limited for space or simply looking for a well priced player.

With a high quality dot matrix display, slot loading mechanism and remote control, it’s a joy to use. 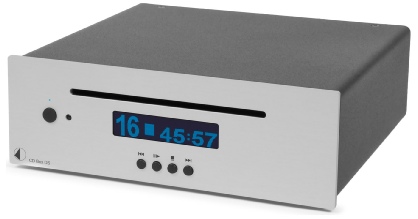 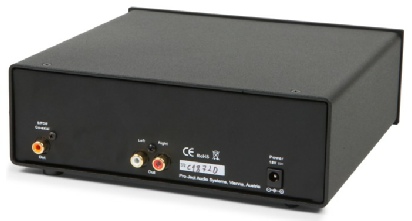 This is an exciting new addition to the CD player market from Music Hall. If uses a Burr Brown DAC chip and has digital inputs so it can also be used as a DACfor sources with optical, coaxial or USB connections. The power supply has a traditional linear power supply which is becoming increasingly rare to see in CD players at this price level, and is something we welcome. 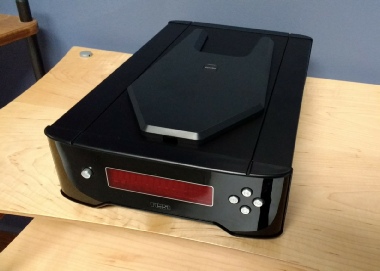 Sadly the Apollo has been discontinued (as of August 2022) due to parts supply issues. Any remaining stock we have will be listed on our Special Offers page.

The Apollo has a new look, designed to match their new family appearance, it has a curved fascia and matt finished top loading lid. Performance is unchanged from the previous version, which is good news as it’s an excellent CD player which has had a lot of attention paid to the power supply stages and with the same Wolfson DAC as used in the Rega DAC. 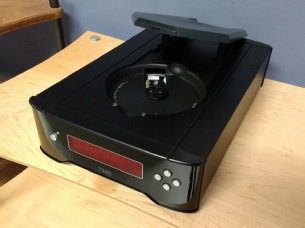 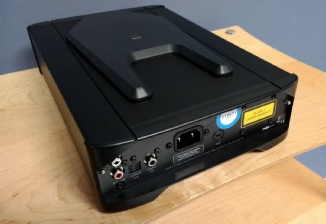 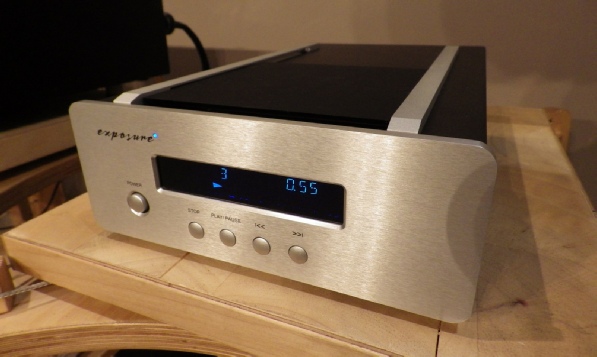 Designed from the outset to primarily be a CD transport, the XM CD actually also has a good quality inbuilt DAC (the PCM 1716), making it ideal as a either a stand alone player or as part of a two box setup.

Housed in the neat half width aluminium XM series enclosure, it features a top loading mechanism with magnetic puck and analogue outputs, as well as coaxial BNC and optical digital outputs.

This is a great sounding unit, both as a stand alone CD player and as a CD transport, making it ideal for a really wide variety of systems. 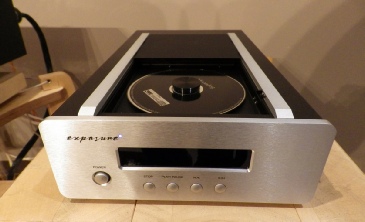 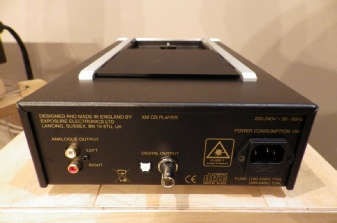 The Saturn-R is a high specification CD player which also features a wide variety of digital inputs, so it can also be used as a DAC for a variety of other digital sources too. The picture below shows all the connections, they include 2x optical inputs, 2x Co-axial inputs, 1x USB (192K-24bit asynchronous) and an optical/coaxial digital output. The digital conversion is done by dual Wolfson WM8742 DAC’s

You can clearly hear the Rega DNA in the sound of the Saturn-R, it’s has an appealing warmth and smoothness, yet is still impressively revealing. If you’re after a player that also has the functionality to work with a wide variety of other digital sources then the Saturn is well worthwhile short listing as it has a very useful blend of strengths. 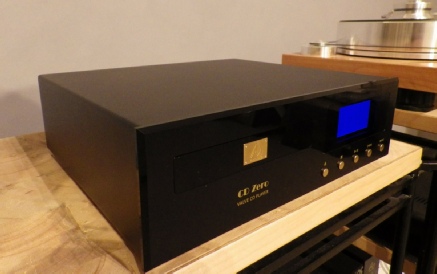 The CD Zero is Audio Notes smallest CD player, but don’t be put off by its unobtrusive dimensions, this is a real giant killer of a CD player. The recipe is as you’d expect from Audio Note with their winning combination of a valve output stage and multibit DAC convertor. A 6111WA long life sub miniature dual triode valve forms the output stage and it connects to the classic TDA1543 DAC convertor which is being used without oversampling and with a digital filter. 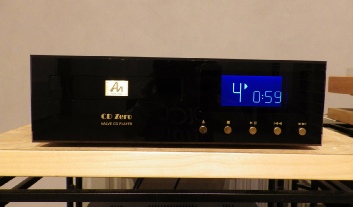 If you’ve not heard an Audio Note digital product then you’re in for a treat. Despite being the entry level model the performance on offer is quite remarkable. It has all the important elements that make their products class leading- there’s an ability to portray the life, dynamics and vibrancy that pulls you into the performance like little else. If their more expensive players and DACs didn’t exist you could be forgiven for wondering how digital replay could get much better than this. 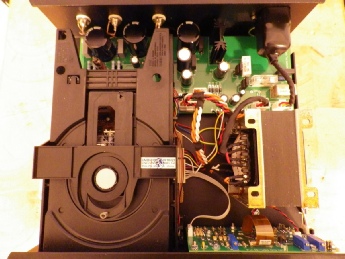 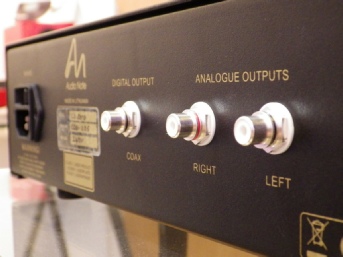 The CD1.1x is the first full width CD player within the Audio Note range. The extra space inside over the smaller CD Zero featured elsewhere gives room for a second transformer to help keep the digital and analogue stages separated, as well as Audio Notes own tin in oil output coupling capacitors (the two silver cans visible in the picture below). There are more sophisticated power supplies and improved component quality too.

These changes primarily bring upgrades to refinement and tonality, even further reducing the ‘mechanical’ sound that digital sources invariably impart to a degree. The classic combination of a multi bit DAC (in this case the TDA1543) used without oversampling and filters running into a triode valve output stage (the remarkable sub miniature 6111WA dual triode) has such a sense of rightness that you will wonder how you ever enjoying CDs any other way. 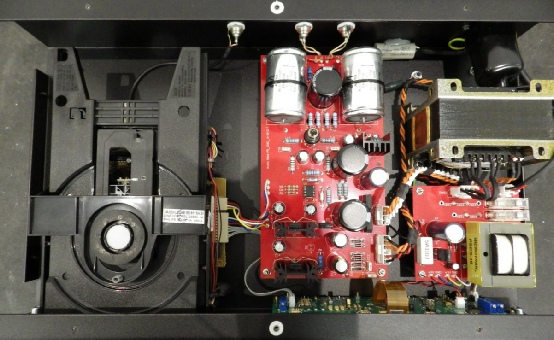 The CD2.1x/II is essentially the same as the  CD1.1x detailed above, but in keeping with Audio Note philosophy is features upgraded components including tantalum resistors, electrolytic capacitors and superior copper film in oil coupling capacitors. The performance of this player is superb, it has even more  texture and naturalness, almost reaching the giddy organic heights of their two box combinations. It is available with either a silver aluminium or black acrylic fascia.

The CD3.1x/II is a substantial CD player measuring 142mm tall. Inside is a modified Philip laser mechanism and the special Analogue Devices AD1865 convertor running without oversampling and without a digital filter. The output stage uses ECC88 dual triodes, Audio Note copper foil paper in oil capacitors and tantalum resistors. It is available with either a black acrylic fascia (as shown above) or silver aluminium (below) 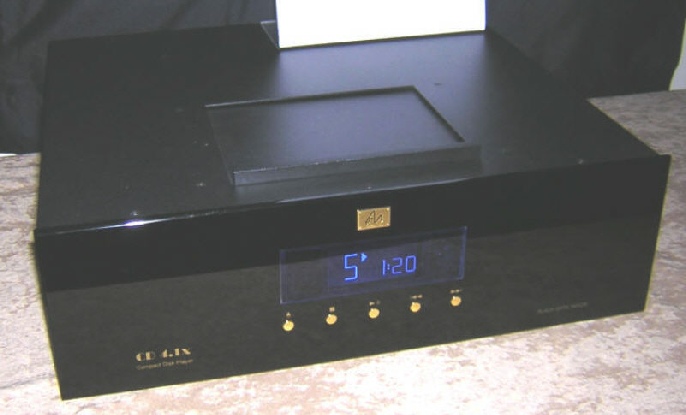 The CD4.1x is a top loading player which effectively combines the CDT Two/II transport and DAC 2.1x digital to analogue converter into one box (please see the separate pages which detail these products more thoroughly). To reduce the problems inherent in one box players great attention has been invested in the power supplies to ensure that there is minimal coupling between the various stages. This makes the CD4.1x the ultimate one box solution for those that don’t have the space for a separate DAC and Transport. It is available with either a black acrylic fascia (as pictured) or brushed aluminium. 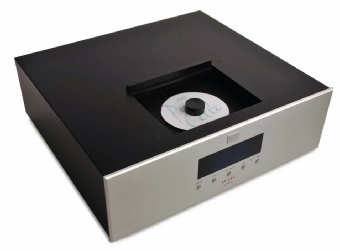 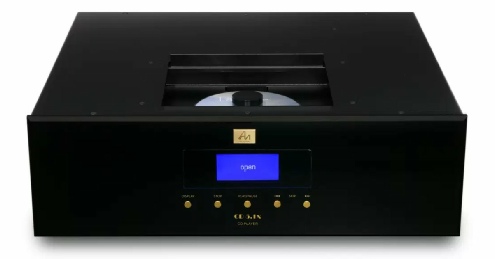 The ultimate one box CD player from Audio Note. The substantial chassis is jam packed with many of the goodies normally seen in their upper level stand alone DACs.

The top loading mechanism is a Philips Pro2LF which Audio Note have modified to increase its already impressive performance. The chassis is jammed with transformers, both for the power supply as well as in the digital and analogue stage - there’s a digital transformer, a pair of IV transformers and two substantial copper wound Shib transformers (offering both RCA and Balanced XLR outputs).

The output stage features 5814a and 5687 valves which are fed from a valve rectified and regulated power supply (6X5 and ECL82). As you’d expect, the player uses selected high grade parts including tantalum resistors and Audio Notes own electrolytic and oil capacitors.

If you are looking for the ultimate one box CD player then you really should consider the CD5.1x! 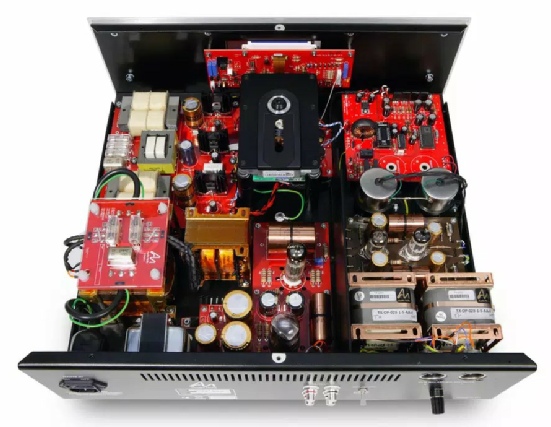